I feel like every time I try to explain to Sadie what I do, this pathetic stuff her Dad does, so she can have something to tell the kids on the playground or whatever — I feel like every time I try, or I do, every time I have a good excuse to, it’s a moment. She has a pretty good idea already, has for a while. But I still try to give specific concrete examples every whenever I can. Now that I think about it, it’s probably more to make myself feel good.

One time, I took her to Chappy’s for breakfast, six or so months ago I guess, and it was right after I had done this post that had gotten a lot of attention, and we heard some elderly-ish ladies two booths behind say “I saw that on The War Eagle Reader this morning.” Or maybe it was “yesterday.” Either way, our ears instantly caught it and Sadie smiled and I smiled and it was like, man, that’s when you know you’ve made it. Not when Yahoo or USA Today or someone steals your stuff or you’re mentioned on ESPN—when old ladies drinking coffee at the only thing we really have that passes as a diner in town anymore say the name of your website by name without having, or at least feeling the need to explain to other old ladies what it is. (The OA-News. The Wall Street Journal. The War Eagle Reader.) I took a picture of Sadie with them in the background. And that was a moment. (She had been with me while I was doing the groundwork for the post, i.e. doubling back on our way home and taking a picture of a sign which we’ve done a million times—I think that kind of hit it home.) 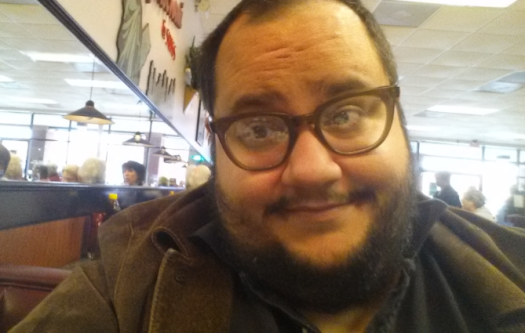 Anyway, the other day we went to the art museum (actually some really cool stuff up in there right now, I’m impressed) and it hit me this would be the first time I’d get to see that photo of John Oates in a War Damn Eagle shirt. Which is hanging in a freaking art museum, Auburn’s art museum, because of me. That’s just the way it is. Plain, simple, Wikpedia. Thing is there because a year ago I read the email and bolted out of bed and went into my office and sat down and banged out a post. And tweeted it. And put it on Facebook. This is what I do. Behold the power, I told Sadie. I tried setting the stage and giving her the context of the zillions of random cultural reference points. She got it. It wasn’t as great as the Chappy’s moment, but it was still a moment. It’s stupid, but I tell myself it’s OK to be proud every now and then. She’s proud of me. It’s OK to take a selfie. (I invented selfies.)

Went to sleep hungry for more Homeland and woke up to this.

You know, Claire Danes (I really hope that’s her real name) is a month younger than I am. And I think that we were probably for the briefest of times exposed to at least some of the same You-Can-Be-An-Actor-And-A-Great one stimuli that was out there for kids in the 80s. ‘Cause I was serious about it. Because I was good. I was a natural. My mom knew. Other moms knew. I was going places. Strong voice. Spot on reactions. Good looking. I’m sure I could have had a roll on a mid-90s teen drama if I’d pressed on. I’m not sure why I stopped. It’s not really important I guess. Point is, is that if I had—kept pushing, head shots, workshops, auditions—I can totally see Claire and I crossing paths at some point and becoming, like, audition pals. Are there audition pals? If there are, Claire and I would have been audition pals. I think we would have gotten along. Probably land roles on the same show or movie. Brat Pack 2.0. Become even tighter. Not romantic, just tight. Romantic tension, sure. That’s just the way it goes. But more brother-sister. (Is she an only child? I bet she is. That’s probably why I feel this kindred stuff. About to check. No–an older brother BUT he’s seven years older. So basically she is an only child. I mean, I have two way younger brothers, technically half, and I’m pretty much an only child.) But we didn’t and here I am sounding creepy but I’m not creepy, promise. It’s just that whenever I see her in something, which is actually pretty much only Homeland and I think some John Grisham movie–truth be told, I’ve only watched an episode or two of My So-Called Life but I really appreciate its vibe and role and everything–and I guess now Sesame Street, I just have this sense that we’d get along. Have I written about this before? I think I’ve written about this before. Maybe it was that thing about Madonna.

OK, I just read more of the Wikipedia entry. She was born in Manhattan and went to performing arts schools and stuff. BUT! I went to Montessori for like a year and did the gifted stuff (so long ago) later on and was I think maybe accepted by the Alabama School of Fine Arts, or at least was maybe encouraged to go. So I’m stickin’ to it “Briefest of time… at least some of…” That’s all I said. 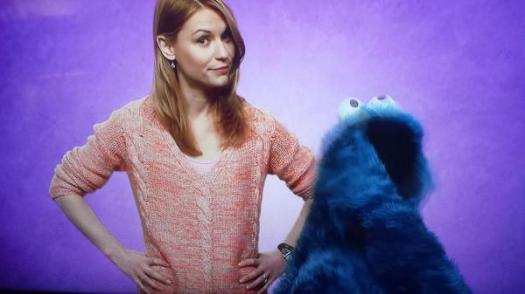